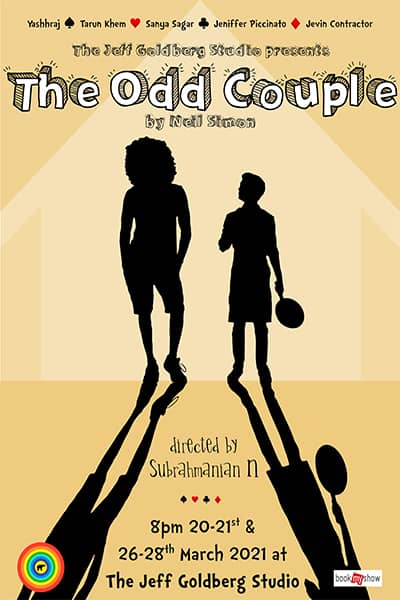 Kabir and Nikhil, the best of friends find that they make the worst of roommates. Based upon Neil Simon’s classic play, ‘The Odd Couple’ tells the hilarious and heartwarming story of five friends. Nikhil finds himself homeless after a sudden and difficult break-up with his wife. Luckily for him, his four poker pals are there to lend their support. Left with nowhere to go, Kabir offers him a place to stay, but the two quickly realize that they are ill paired. Nikhil’s compulsive neurotic cleanliness could not be more foreign to slovenly Kabir. Carol, Rhea, and Rao do their best to keep the two from killing each other, but this comedy of errors comes to a boil until it spills over.