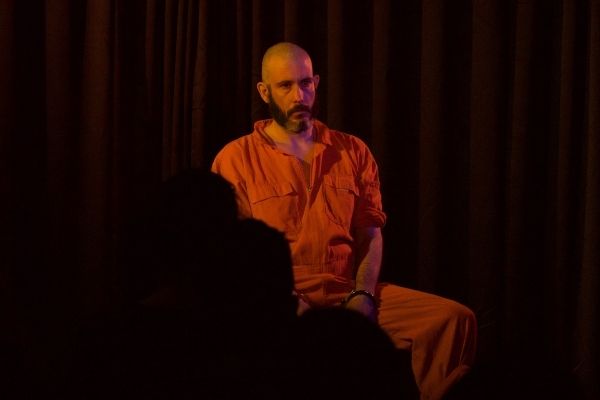 The Foundation Method Acting Workshop is specifically designed to enable actors to access their inner emotional lives as a means and tool for performance. Each class endeavours to help actors begin the unlearning process of their socialisation and conditioning. The programme challenges actors be honest, open, naïve, vulnerable and sensitive. Building off of these paradigm the course moves on the necessary skills of concentration, relaxation, comfort to deliver rich truthful performances. Once actors have fully developed these
fundamental tools the course moves onto cover the first in a series of emotional triggers, Emotional Memory. Once actors posses an understanding of the inner life the programme introduces the tools of language; teaching actors how to deliver dialogue in a organic fashion. Following language actors begin scene work. At the end of the programme every participant will act in several scenes
and a monologue at an Actor’s Showcase, which is performed at the studio.

Essential names in the history of method acting:

Skills to be learned

Introduction to Primary and Secondary Emotions

Primary emotions: What is felt first
Primary emotions are those that we feel first, as a first response to a situation. Thus, if we are threatened, we may feel fear. When we hear of a death, we may feel sadness. They are unthinking, instinctive responses that we have. We will typically see these in animals also, which confirms our suspicion that they have an evolutionary basis.

Often transient
The problem sometimes with primary emotions is that they disappear as fast as they appear. Their replacement by secondary emotions complicates the situation, making it difficult to understand what is really going on.

Secondary emotions: What is felt next
Secondary emotions appear after primary emotions. They may be caused directly by them, for example where the fear of a threat turns to anger that fuels the body for a fight reaction. They may also come from more complex chains of thinking.